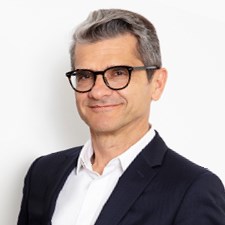 Serge Brunschwig has been appointed Chairman and CEO of FENDI, part of LVMH Group, in February 2018.

Before that, Brunschwig joined Dior in 2008 as Chief Operating Officer of Christian Dior Couture, adding to his role in 2015 the one of President of Dior Homme. Originated from France, Brunschwig spent 23 years in the LVMH Group, starting in 1995 as President for Louis Vuitton Asia-Pacific in Hong Kong. In 2000 he became CEO of Sephora Europe, while in 2002 he was given the role of Managing Director at Louis Vuitton Malletier. In 2006 he was appointed CEO of Celine.

Brunschwig began his career in 1984 at Schlumberger/Gemalto, in 1988 he joined Mc Kinsey & Company and was in Socar-Smurfit before moving to the LVMH Group.

He is a graduate from Ecole polytechnique, Ecole Nationale Supérieure des Télécommunications, and Sciences-PO, in Paris.