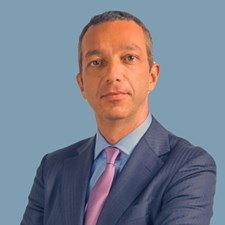 Mr. Feola leads L Catterton's European operations and is based in the firm's office in Milan.

He has more than 25 years of experience in the global luxury and consumer retail sector. He was most recently Senior Managing Director Europe and Joint Head of Consumer with Temasek, the Singapore-headquartered investment company with a portfolio of USD 235 bn. During his tenure with Temasek, he led and successfully completed several European-focused investments for the firm.

Prior to his role at Temasek, Mr. Feola served as President of Value Retail, a leading developer and operator of luxury outlet centers across Europe and Asia. He spent the first 21 years of his professional career at Procter & Gamble, where he rose to take on numerous senior leadership roles, including Head of Global M&A for Beauty and Head of Global Luxury Brands.